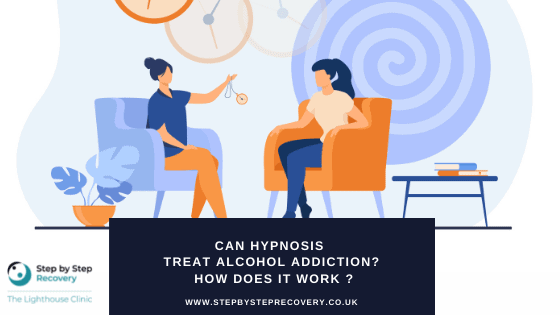 Hypnosis has always been considered a controversial treatment method, with many associating it with magicians and stage shows. However, the practice of getting someone into this relaxed state of being can be a remarkably useful healing tool with several medical benefits.

This method of treatment is closely linked with techniques used in meditation, as both have the ability to relax the conscious mind and allow for more focus.

What is hypnotherapy and how does it work?

The terms hypnotherapy and hypnosis are often used interchangeably, however, they are sometimes used to describe different processes. Hypnotherapy refers to the alternative treatment that uses a combination of hypnosis and psychotherapy as a way of healing a particular problem. Hypnosis describes the trance-like mental state in which people are said to lose the power of voluntary action.

When someone is in a hypnotised state, their consciousness becomes far more exposed, thus providing an ideal state for gaining psychological insight into their thought processes increases. During this treatment, a hypnotherapist will introduce positive suggestions to the client’s subconscious while they’re in a hypnotised state. These suggestions are designed to help the individual make changes to their behaviours which lead to problematic issues such as alcohol addiction.

Alcoholism also referred to as alcohol use disorder, is a serious form of alcohol addiction that is characterised by the inability to control alcohol consumption. This disease can range from mild to severe and, if left untreated, can have devastating consequences on mental and physical health.

When someone is suffering from alcoholism, they feel as though they cannot function without it. This is often due to tolerance that builds up in the system as a result of long-term abuse. Once alcohol is stopped, their brain must adapt to its absence. During this period they may begin to experience withdrawal symptoms and turn to alcohol to keep the discomfort at bay.

What are the effects of alcoholism if left untreated?

Alcohol abuse over a long period, or even after a single binge drinking session, can have serious implications on your health. Many people are unaware of the impact of short-term heavy drinking; however, these effects of alcohol abuse can be just as dangerous as someone abusing alcohol long-term.

Some of the most common short-term effects of abusing alcohol include:

Over time, abusing alcohol can cause more severe damage to the body’s vital organs. These issues may not be obvious at first, however, your health will continue to deteriorate, sometimes causing irreversible damage. For this reason, any indication of possible alcoholism should be treated immediately to prevent further devastation.

Some of the most serious, long-term health conditions caused by alcoholism include:

How does hypnosis for alcoholism work?

Hypnosis is a treatment commonly used to help people overcome addictions of many kinds, including alcoholism, and should only be performed by a licensed therapist.

During a hypnosis session, your therapist will sit with you and discuss your issues around alcohol and what you wish to achieve from your session. They will take you through the process to ensure you feel comfortable and relaxed.

When you’re ready, your therapist will either ask you to close your eyes or focus on a visual, such as a flame or an ornament. They will then guide you into a hypnotic trance, also known as a state of relaxation. While you’re in this state, they will offer positive suggestions and ask you to visualise certain situations to encourage behavioural changes.

Once you are finished with these exercises, your therapist will slowly guide you out of the hypnotic state.

When it comes to treating alcoholism with hypnosis, the aim is to encourage a person to replace problematic behaviours with positive suggestions made to them during hypnosis.

Benefits of hypnotherapy for alcoholism

Many people have found healing through hypnotherapy. Not only can it help treat alcohol addiction, but it also offers the following benefits:

It’s important to remember that hypnotherapy should not be considered a miracle treatment and certainly doesn’t work overnight. Alcoholism is an extremely complex disorder and still requires intensive therapy as well as detox alongside other techniques such as DBT (dialectical behavioural therapy). However, it can be considered a useful tool for aiding in the overall recovery process and maintaining long-term sobriety.

Are there any risks associated with hypnosis?

Hypnotherapy is considered a safe treatment alternative to many other traditional forms of therapy. However, it may pose risks for certain groups of vulnerable people, and like many other forms of treatment, it comes with the possibility of adverse reactions.

If you’re someone who suffers from other psychiatric disorders, hypnosis is not advised. This is because it could result in the production of further psychological issues, such as:

What happens to the brain during hypnosis?

While in hypnosis your brain goes into a trance-like state where its peripheral awareness is reduced, and it remains more focused. Aside from general perception, there is a reduction in activity.

Does the NHS offer hypnosis for alcoholism?

Hypnotherapy is not usually available on the NHS, however there are some exceptions. To find out whether you are eligible for hypnotherapy treatment on the NHS,  you should speak to your GP.

What are the signs of alcoholism?

Alcohol can cause physical and mental addiction, the symptoms of which can manifest in several different ways. If you’re concerned about your drinking or fear a loved one may be suffering from alcoholism, it’s important to familiarise yourself with the symptoms. Recognising the signs of alcoholism early on could prevent any further damage to physical and psychological health. Some of the most common indicators of alcohol addiction include obsessing over when you can have another drink; planning events around alcohol; extreme mood swings as a result of excessive drinking and the inability to stop drinking. You may also find yourself making excuses to drink, for example, convincing yourself that you drink to deal with stress or to relax whilst hiding your drinking from others.