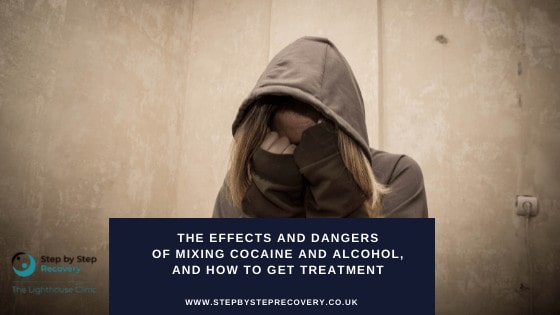 Effects of mixing cocaine and alcohol

Cocaine and alcohol are two of the most regularly combined substances, with a large number of people receiving treatment for cocaine addiction also requiring treatment for an alcohol use disorder.

Both cocaine and alcohol can cause changes to moods and behaviour, with one often enhancing the effects of the other, resulting in an intense high and increased sense of calm and wellbeing.

Cocaine is a class A stimulant and acts by binding to dopamine transporters resulting in a rush of dopamine to the brain, causing feelings of excitement and euphoria. In contrast, alcohol is a depressant that blocks chemical signals between brain cells, leading to immediate symptoms of intoxication. However, while these substances react differently within the brain, both interfere drastically with the body’s natural communication processes, as their effects compete with each other. Together, these substances can create a dangerous concoction resulting in death as a result of cocaine overdose or alcohol poisoning.

Here, we will outline why alcohol and cocaine should never be used together, and why the potential risks greatly outweigh any short-term reward.

Why do people combine cocaine and alcohol?

Alcohol and cocaine are largely associated with social settings and nightlife, and in many cases, drinking alcohol can lead to cocaine use and vice versa. Many people also mistakenly believe that by mixing stimulants and depressants one can counteract the effects of the other. 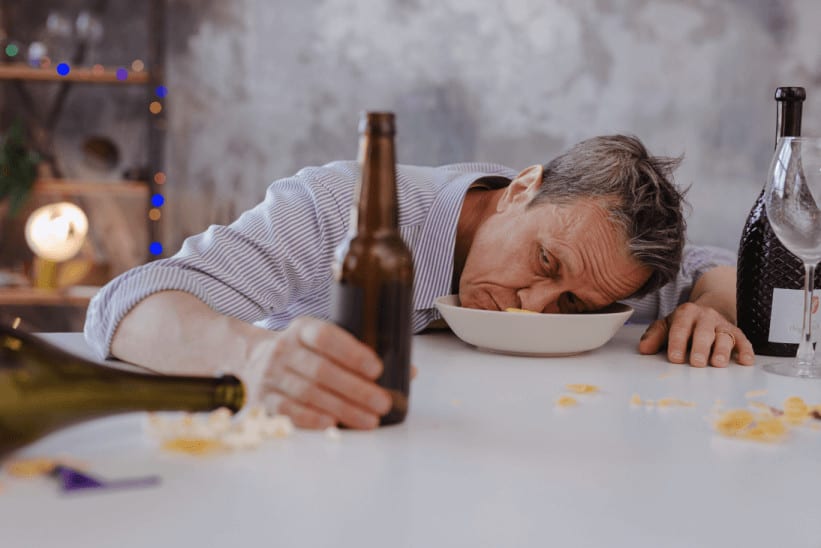 However, the primary reason for taking cocaine and alcohol together is the intensity of the effects. Cocaine is known to amplify the feeling of intoxication, while alcohol is often used to help people cope with the side effects of a cocaine crash. Combining cocaine and alcohol can lead to higher impulsivity and lower inhibitions, which can increase the likelihood of engaging in risky behaviours. The combination of cocaine and alcohol can also cause people to take more of either or both drugs, which may lead to overdose.

What happens when you combine alcohol and cocaine?

Using cocaine and alcohol on their own can be severely detrimental to your health, and combining these substances only increases the risk of harm due to the rise in toxicity levels within the body.

The liver is responsible for metabolising and breaking down toxins that build up in the bloodstream. Alcohol is known to disrupt the metabolism of cocaine causing the liver to produce a dangerous substance called cocaethylene.

Cocaethylene is far more toxic than cocaine, with high levels often remaining in the liver due to alcohol interfering with the elimination process. This means that the liver is unable to get rid of the cocaethylene. Continued alcohol consumption can cause the cocaethylene in your system to enter the bloodstream. Once it has moved from the liver into the rest of the body, it can cause serious harm to major organ systems, particularly the cardiovascular system and the liver itself.

When cocaethylene is produced, it can temporarily enhance the high caused by mixing cocaine and alcohol. However, while users experience this short-lived and intense pleasure, it also increases blood pressure, causes violent moods and impaired cognitive function and judgement. The higher the volume of toxic cocaethylene in the liver means a greater chance of experiencing sudden death.

Some of the most common side effects of cocaethylene include:

Severe side effects and risks of mixing cocaine and alcohol 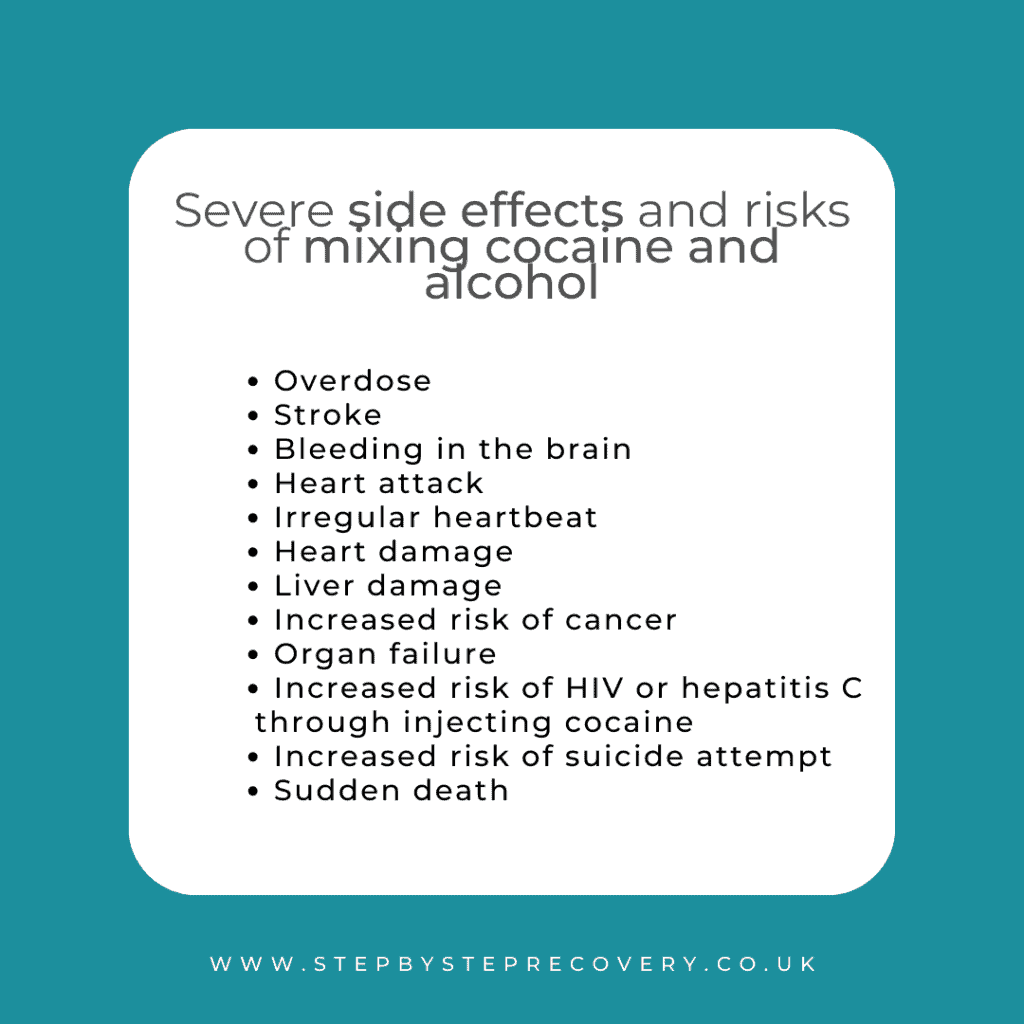 What is polysubstance abuse?

Regularly combining substances such as cocaine and alcohol puts you at risk of developing a polysubstance addiction. Polysubstance abuse describes the use of more than one drug at a time and includes both legal and illicit drugs. It’s not uncommon for people to abuse multiple drugs at one time, and this can often occur when they have already built up a tolerance to one or more drugs and need to maintain their original high. In other cases, taking drugs can amplify the effects of another substance, which can be the case with cocaine and alcohol, making it one of the most common forms of polysubstance abuse.

Treatment for cocaine and alcohol overdose

However, if your abuse of alcohol and cocaine is an ongoing occurrence and you have developed a polysubstance addiction, you will require a medical detox as well as intensive psychological therapy.

Addiction treatment usually takes place under the care of medical professionals at a registered rehab facility. Quitting alcohol can be extremely dangerous when done without medical supervision which is why a supervised medical detox is always recommended. This is necessary in order to expel all toxins from the body before you can begin the recovery process.

During treatment, you will be monitored around the clock to reduce the risk of severe withdrawal symptoms and keep you as comfortable as possible during this stage.

A page revised the 6 of July of 2021, by Matthew Reece, a certified PG cons diploma, a clinical Lead/ Senior counsellor at Step by Step Recovery.